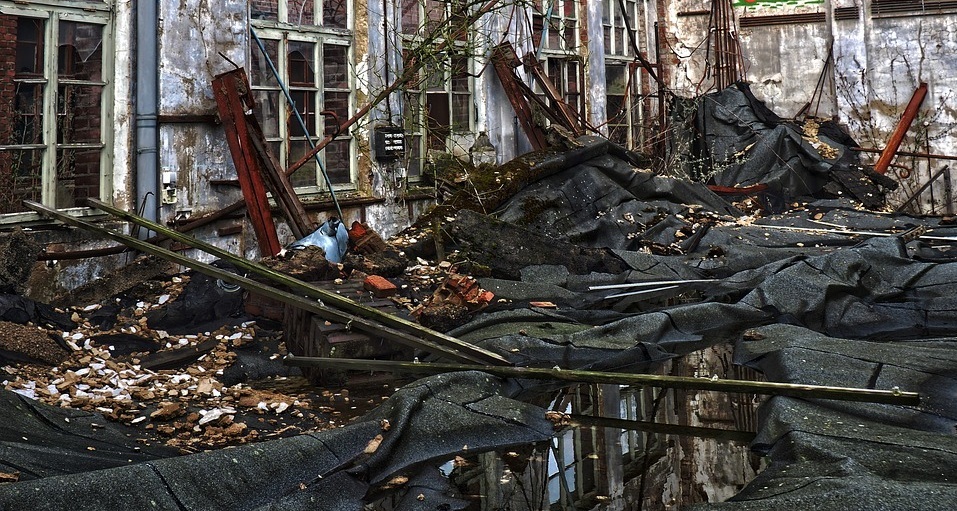 Why can’t we stop? We can blame evolution, which has produced in
us instincts that compel us to gorge ourselves when food is abundant,
to build up fat reserves for the lean months. These instincts are
not helpful to us when there is an all-you-can-eat buffet nearby
that’s open year-round. These instincts are not even specifically
ours: other animals don’t know when to stop either. Butterflies
will feast on fermented fruit until they are too drunk to fly. Pigs
will eat acorns until they are too fat to stand up and have to
resort to crawling about on their bellies in order to, yes of course,
eat more acorns. Americans who are too fat to walk are considered
disabled and the government issues them with little motorized
scooters so that they don’t have to suffer the indignity of crawling
to the all-you-can-eat buffet on their bellies. This is considered
progress.

Or we can blame our education, which puts mathematical reasoning
ahead of our common sense. Mathematics uses inductionthe idea that
if 1 + 1 is 2 then 2 + 1 must be 3, and so on up to an arbitrarily
large quantity. In the real world, if you are counting acorns, then
1 + 1 acorns is not the same as 1,000,000 + 1 acornsnot if there
are squirrels running around, which there will be once they find
out that you are the one who’s been stealing their acorns. A million
acorns is just too many for you to keep track of, and your concerted
effort to keep adding one more to the pile while fighting off
squirrels may cause small children to start calling you silly names.
The bigger the pile grows, the more likely you are to have to take
inventory, and in the process you are increasingly likely to make
a mistake, so that it turns out that 1,000,000 + 1 is in fact
1,000,001 – d, where d is the number of acorns you have lost track
of, somehow. Once d > 0, you have achieved diminishing returns, and
once d > 1, you have achieved negative returns. In the real world,
the bigger you think a number should be, the smaller it actually
turns out to be. At some point, trying to add one more to the pile
becomes a particularly wasteful way of making the pile smaller.
This result is not intellectually pleasing, and there is no theory
to back it up, but it is observable anywhere you care to look. The
fact that we are unable to adequately explain any given phenomenon
by using our feeble primate brains does not make it any less real.

The concept of diminishing returns is quite simple for most people
to understand and to observe, but notoriously difficult to detect
for the person who is at the point of achieving them. The point of
negative returns is even harder to detect, because by that point
we tend to be too far gone to detect much of anything. If you already
had N drinks, can you tell if you are at the point of diminishing
returns yet? Will another drink make you happier and more sociable,
or will it not make much of a difference? Or will it cause you to
embarrass yourself and spend the next day nursing a debilitating
hangover? Or will it send you to the emergency room to be treated
for vomit inhalation? As a general rule, the more you imbibe, the
more difficult it becomes for you to draw such fine distinctions.
This rule does not seem to be limited to drinking, but applies to
almost all behaviors that produce a feeling of euphoria rather than
the simple satisfaction of needs. Most of us can stop ourselves
from drinking too much water, or eating too much porridge, or
stacking too many bales of hay. Where we do tend to run into trouble
with self-control is when it comes to things that are particularly
pleasurable or addictive, such as drugs, tobacco, alcohol, and rich
and delicious food. And we tend to lose it completely when it comes
to euphoria-inducing social semi-intangibles: satisfaction of greed,
status-seeking, and power over others.

Is this the best we can do? Certainly not! Human culture is full
of examples where people stood up and successfully opposed such
primitive tendencies within themselves. The ancient Greeks made a
virtue of moderation:

the temple of Apollo at Delphi bore the inscription MH?EN AGAN”Nothing
in excess.” Taoist philosophy focuses on the idea of balance between
yin and yang (? ?)seemingly contrary natural forces that in fact
work together and must be kept in balance. Even in contemporary
engineering culture one sometimes hears the motto “Better is the
enemy of good enough.” Sadly, though, engineers who are good enough
to abide by it are something of a rarity. At the micro level of
solving specific problems most engineers do strive to achieve the
clever optimum rather then the stupid maximum, but at the macro
level the surrounding business culture forces them to always go for
the stupid maximum (maximum growth, revenue and profits) or the
stupid minimum (minimum cost, product cycle time and maintainability).
They are forced to do so by the influence of a truly pernicious
concept that has insinuated itself into most aspects of our culture:
the concept of competition.

The concept of competition seems to have first been elevated to
cult status by games that were played as a form of sacrifice before
gods, in cultures as different as ancient Greece and the Mayan
civilization, where competitive events were held to please their
various deities. I much prefer the Olympic version, where the object
of the games was to express the ideal of human perfection in both
form and function, rather than the Mayan version, where the outcome
of the game was used to decide who would be sacrificed on the altar
of some peculiar cultural archetype, but being open-minded I am
ready to accept either as valid, because both are competitions in
defense of principle. It was Aristotle who pointed out that pursuit
of principle is the one area where moderation is not helpful, and
who am I to refute Aristotle?

But when moving from defending an ideal or a principle to performing
mundane, practical, utilitarian functions it is the idea of competition
itself that should be offered up as a nice, sizzling-fat burnt
offering on the altar of our common sense.

If the goal is to achieve an adequate result with a minimum of
effort, then why would two people want to compete to do the job of
one? And if there is in fact work enough for two, then why wouldn’t
they want to cooperate instead of wasting their precious energies
in competition? Well, they may have been brainwashed into thinking
that they must compete in order to succeed, but that’s beside the
point. The point is that there is a major difference between competing
for the sake of a principlesuch as the perfection of divine creationand
competing for mere money. There is nothing divine about a big pile
of money, and, just as with a big pile of acorns, the bigger the
pile, the more “squirrels” it tends to attract. In fact, those who
are sitting on some of the bigger piles of acorns often seem rather
squirrely themselves. To mix metaphors, they also tend to be
chicken-like, roosting on their acorns and expecting them to hatch
into more acorns. But be they squirrels or be they chickens, or be
they drug-addled mutant chicken-squirrels on steroids, they are
certainly not gods, and their acorns are not worthy of our sacrifice.

Once we dispense with the idea that competition is in any sense
necessary, or even desirable, new avenues of thought open up. How
much is enough? Probably much less than we have now. How hard do
we need to work for it? Probably a lot less hard than we are working
now. What happens if we don’t have enough? Well, perhaps then it’s
time to try working just a tiny bit harder, or, better yet, perhaps
it is time to take a few acorns from those who still have too many.
Since having too much is such hard work (mind the damn squirrels!)
we’d only be helping them. We certainly don’t want to keep up with
them, because we know where they are headed  a quaint, exclusive
little place called collapse. What we should probably be trying to
do instead is to establish some sort of balance, where enough is,
in fact, enough. 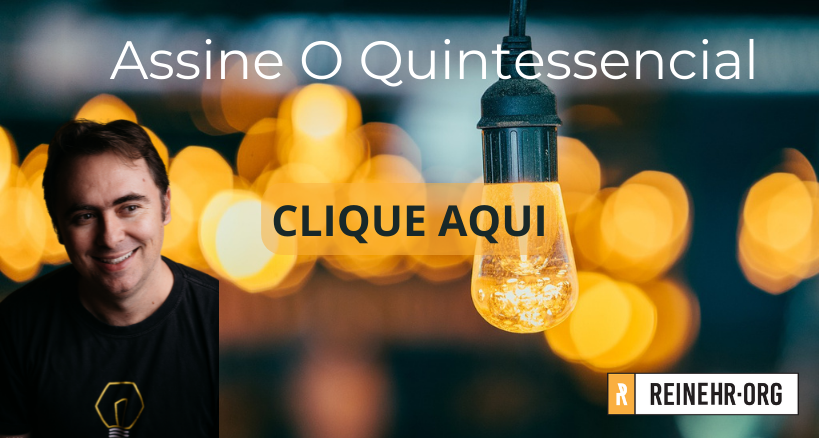 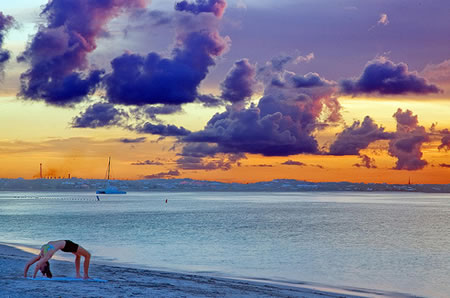 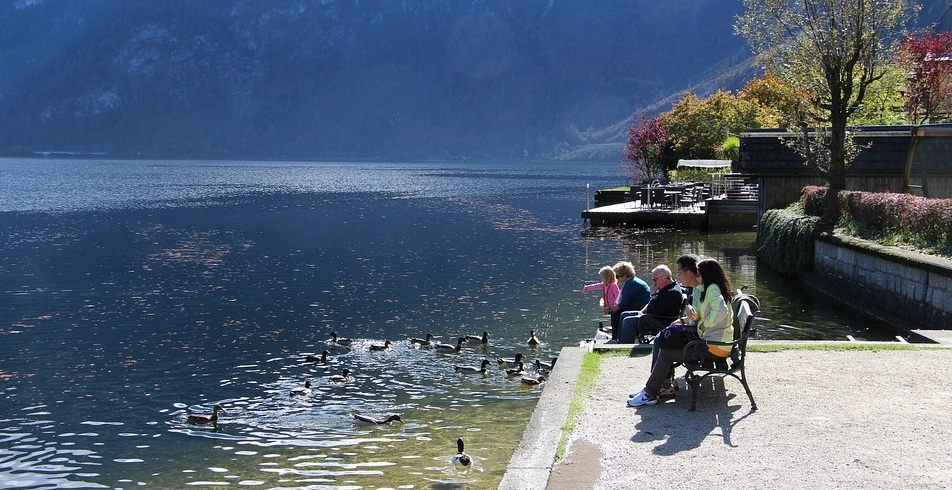